|Review| "And I Darken" by Kiersten White 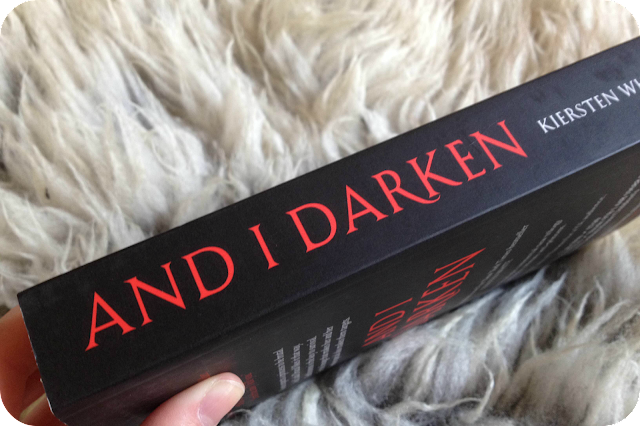 No one expects a princess to be brutal. And Lada Dragwyla likes it that way.

Ever since she and her brother were abandoned by their father to be raised in the Ottoman sultan’s courts, Lada has known that ruthlessness is the key to survival. For the lineage that makes her and her brother special also makes them targets.

Lada hones her skills as a warrior as she nurtures plans to wreak revenge on the empire that holds her captive. Then she and Radu meet the sultan’s son, Mehmed, and everything changes. Now Mehmed unwittingly stands between Lada and Radu as they transform from siblings to rivals, and the ties of love and loyalty that bind them together are stretched to breaking point.

The first of an epic new trilogy starring the ultimate anti-princess who does not have a gentle heart. Lada knows how to wield a sword, and she'll stop at nothing to keep herself and her brother alive.

Epic, dramatic and powerful song which reminds me very much of this book

We often talk about diversity in books. We want different sittings, alternative perspectives, protagonist standing out, diversity in color, sexuality and as many different aspects as possible. Sadly, only very few books actually present a variety of diversity. That’s why it's very rare to find a book that dares to be different and take the reader on a path they never walked before. Those books always balance on a very small road between being too much, too forced, too unauthentic, and being just brilliant and outstanding. When you start reading And I Darken by Kiersten White it’s easy to see that this is a book trying to be different, trying to appeal to diversity. And at least for me I can say that it worked perfectly!

This book is about Lada Dracul who is born in Wallachia in the early 1400s. Being a girl seems like a curse, presenting a single, unavoidable future as a wife and birth-giver. But Lada doesn’t want to pursue this kind of life, and as the Ottoman Empire tries to invade Wallachia, a very particular journey begins for her and her younger brother Radu. 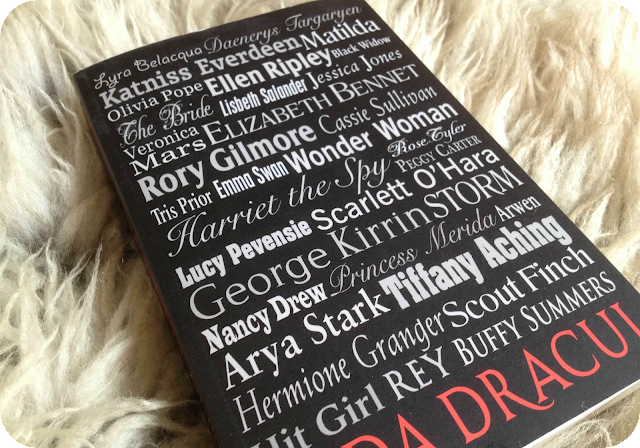 What you first notice about this book is its setting. You can’t imagine how glad I am to read a book that is NOT set in America or another country often being the place where a book tells its story. As I don't know very much about the Ottoman Empire and Eastern Europe in 1400, this was completely new to me. I really got the impression that White did a great job researching and I was able to extend my knowledge on history and religion while reading, which is always a plus for me because I just love it when a book can teach you something new. Added to that, I absolutely fell in love with the setting. Together with Lada, Radu and (later) Mehmed we travel trough Eastern Europe and Asia, continuously exploring different corners and landscapes, which were all described beautifully without getting too much into detail so it wouldn’t get boring. Now I really would love to see more books set in this area, because even though if I spent so much time there and got to explore this world, I feel like there’s so much more to learn and to discover. Also: The atmosphere is absolutely stunning!

The story in general really took my breath away. I went into this without expectations, I barely knew what it was about, which is why I just dived right into it to find out. Even after reading the first couple of pages you really feel that there’s something dark about this book, something rather “evil” carved into the pages. And I loved it. This is not a light-hearted book that you can binge-read in one sitting, but rather something that takes time to develop. It reminded me of tea that needs some time to extend its aroma and color before you can drink and enjoy it. This book has an incredible atmosphere that slowly gets into you before you can even think about it. However, as the book continues, you feel more and more at home, you feel as if you’re a part of this amazing friendship, of this complicated family. 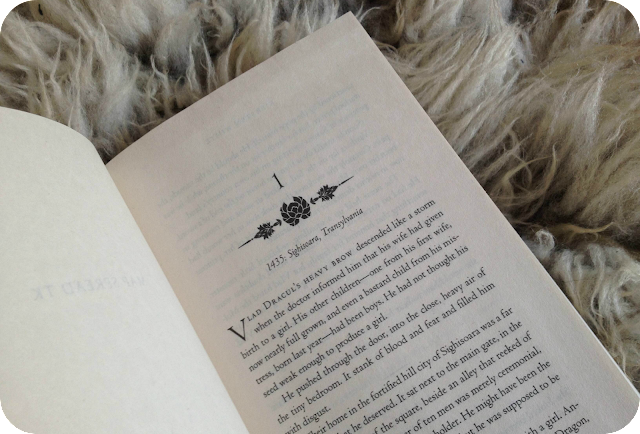 The story itself started very simple, but the more you read, the more complex it got. In the end we had so many different stories and people to consider, that it was almost impossible to tide them all up so well and give the reader a satisfying ending, however, White managed to do so. I really like stories that get complex and dare to look at a problem from multiple perspectives, which was the case here.
Although the story was mainly told from Ladas and Radus perspectives, it felt like we got access to many different ideas as well, but without getting spoiled. There was always something White didn’t want you to know, always an assassin waiting to stab you in the back. She often caught me off guard with her wicked twists and turns, but this is something a book rarely manages, so I was glad she was able to achieve this. Another thing I really appreciated was that she really made me think. Because this is not only a book about war and political issues, although both topics played a big role and were great aspects, it also talks about more sensitive topics. One of my favorites was the one about what it means to be a woman, something that was really important to talk about, as it had a major impact on Ladas development. We have to remember that we’re talking about 1400, a time where women were worth as much as cattle, but nevertheless this book felt very emancipated and feminist. Not only because of Lada, about whom I’ll talk about later, but because we got to know so many different women and men, and everyone had to say something important on women. They asked whether a female concubine already has a certain kind of power, they asked whether being a girl meant being weak, and whether we have to accept what we are or whether we should always try to be what we want to be. Throughout the whole book this was a silent topic, coming to the surface from time to time, and still I felt like White dealt with it very well. Another aspect a loved was the family issue. What is family? Is blood really thicker than water? Especially because we had such a tangled relationship between Radu and Lada this topic got more complicated than usually, and in the end the reader itself has to decide what the answer to this questions is.

Also, every book stands and falls with its characters, YA in particular often stay with rather cliché personalities and plain characters. But even here White appeals to diversity, making her protagonist a rather ugly, vicious girl that is always brutal and cold-hearted. Lada was rather odd, a very particular girl that is hard to love and even harder to understand. I, however, liked her very much. She was different, she had her own principles, and she had her own personality. She was brave, restless and untamable, a real kickass heroine. She doesn’t need clichés to be a good character; she is just great as she is. Nevertheless she went through an incredible development, which is natural because we follower her from the day of her birth until she reaches adulthood. Throughout the book there are so many influences here, making her think and change and grow, and even if the Lada at the end of the book is different from the one we got to know at the start of the journey, she still has something in her heart that never leaves her on her way, which contributed to her being an authentic character. I also liked Radu, who went through even more of a change than Lada did. We first met him as a beautiful, however terrified and crying child, clinging to his nurse and only searching for love. Soon, he grows into a man, a man that finds his own ways and has his own demons to fight. And although they both work as individual characters, what made them really unique was their relationship that plays a major role in this book. 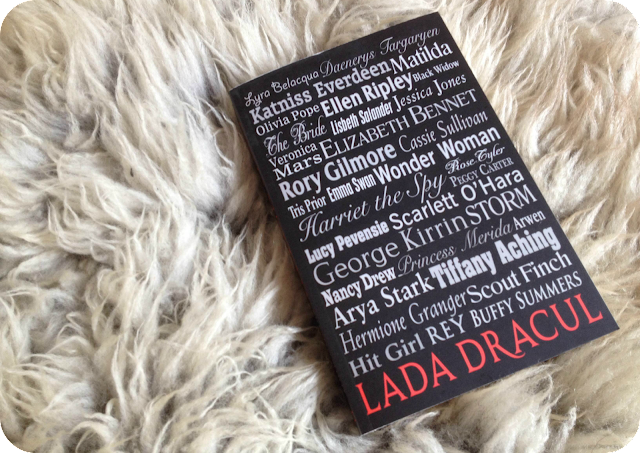 I also enjoyed most of the side characters, but telling you about all of them would be far to detailed, which is why I recommend getting to know them yourself! Especially Mara, Kumal and Nazir, Sahil, and Nicolae were just amazing. They’re all contributing to the diversity in this book, forming LGBT relationships, having different religions and speaking different languages. And even if this book wants to show us how diverse our world is, it also shows us: We are all the same, in a good, and in a bad way.

All in all I dived into this expecting nothing, grew to expect it to be an Game of Thrones like fantasy story about political issues and wars, and in the end got an amazing book that is on the one hand an epic middle age story set in the Ottoman empire, a setting I’ve never explored before but learned to love and appreciate, and on the other hand a very important book dealing with diversity, feminism and relationships (not only romantic ones). It is a story about a vicious princess that wants to be a man and grows into someone to see that power is not due to our sex or birth, but due to what we are willing to sacrifice for it. Even though I think this dark and compelling book is not for everyone, I think those who give it a try will be carried away by this amazing atmosphere and unique characters and still be captivated in this great world long after the last page ended. This is definitely a 5-star-read for me and one of my highlights this year.

Thank you Random House for giving me this ARC in exchange for an honest review!