|Discussion| What I expect from modern fairy tale adaptations 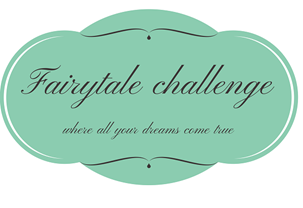 This is going to get split into two parts. In the first part I’m going to write something about modern fairytale movie adaptations in general, and then I’m going to review 5 adaptations for you.
I think it’s really difficult to modernize a fairytale. I mean, we all have those pictures in our head; we know famous words of fairy tales and sometime entire dialogues. Honestly, since I’ve been a child I’ve a special imagination of every single fairytale protagonist. I don’t know how you feel about it, but I grew up with my mother and my grandmother reading fairytales to me. I remember, my grandma also used to sing a old German Fairytale, which was only told in the Northern Part of Germany (because it’s in Low German (weird dialect)), out loud to us and until today I remember every single word of it *proud*

And then, there’re the Disney movies. After I listened to all those fairytales (If you wonder, I used to hear mostly Grimm’s tales, but also some written by Hans Christian Andersen, Wilhelm Hauff and some Russian tales)  I started watching the Disney movies. And you know, I was a child and I didn’t had expectations, not really, I was happy because my favorite tales were turn into movies long time ago and now I was able to watch them in colorful and moving pictures on the screen. Honestly, I think all those fairytales could have been adapted all wrong, as long as I would recognize the original story, I would be happy.

But now I’m sixteen years old, still a passionate fairytale lover and I found out that there are more than the old movies: Since the movie and book industry noticed, that there are a lot of people who would love to read and watch their favorite tales from childhood in another, more modern and new version, they started making a big thing out of it. But they couldn’t just take those old Disney movies, search for some equal-looking actors and BOOOM: New movie with actual people. They had to take it on another level. They had to make it attractive for young adults. The dialogues had to become more modern, with puns and modern talking protagonists. The story had to be more modern, not necessarily set in modern time, but the teenagers had to find a message in the movies they could compare to their own life.

I don’t think it would be useful to sell them as children movies, to capture all kinds of people they had to make it bigger: Action, Love and attractive stories. I think there’re very little teenagers who would want to watch a Little Red Riding Hood as an actual movie. Because it would be boring for them, they already know the actual tale and don’t want to see a little girl wandering through the woods (but honestly, I think I would watch everything as long as they would promote it as an fairytale). And I think movies aren’t only there to entertain. I think there are also some directors and script writer who want to affect their audience (at least I hope so). So I think they want to flow in some current problems. Not necessarily big global problems like religion or racism, but problems young people have. So when those young people are watching the adaptations, they’re not only able to recognize one of their favorite fairytales, but also to get a take-home-message. So the director and script write had to think of topics appeal to a lot of different persons.

What are thinking about fairytale adaptations or modern adaptations in general? What do you expect from such movies? Do want to get entertained or to watch an demanding movie with depth and take-home-massage or do you want an funny movie to watch with friends/whole family and younger siblings?

Sooooooooooooory for all the mistakes I made :/ You know, English is a foreign language for me, so I'm trying to improve my skills everyday :D
Eingestellt von Unknown um 16:42