|Review| "The Reapers are the Angels" by Alden Bell For twenty-five years, civilization has survived in meager enclaves, guarded against a plague of the dead. Temple wanders this blighted landscape, keeping to herself - and keeping her demons inside. She can't remember a time before the zombies, but she does remember an old man who took her in and the younger brother she cared for until the tragedy that set her on a personal journey toward redemption. Moving back and forth between the insulated remnants of society and the brutal frontier beyond, Temple must decide where ultimately to make a home and find the salvation she seeks.

The one and only xD I mean...that was kinda obvious, but still...Imagine Dragons ♥

Hey Guys, I just felt like writing this short review in English. I’m currently speaking English almost the whole day because of my exchange student (She can speak German but I’m currently translating a lot of things for her and speaking English with her so she doesn’t get overwhelmed) and I thought it would be cool to post a review in English. Actually there’s an English blog, but I don’t get to post too much these days so I wanted to fill Kueckibooks with life and so…I hope it doesn’t disturb you that I’m posting my English review here :D 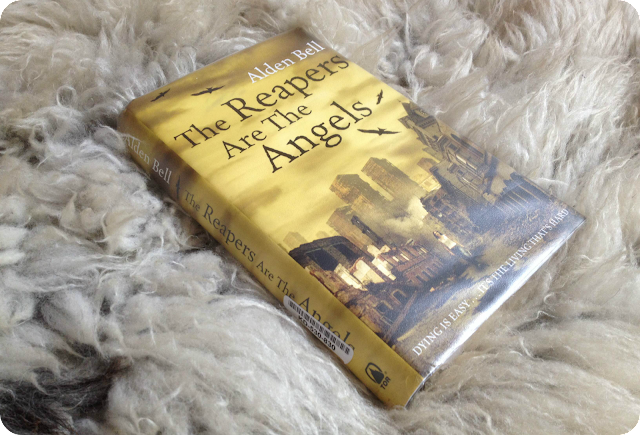 I saw The Reapers are the Angels for the first time when Katrina talked about it. It’s a post apocalyptic book build around a world where it’s impossible to die. Everyone who dies turns into a zombie right away and starts losing his humanity, even worse, he starts hunting humans. So earth’s on death row and during the last twenty years humanity always died out. This is a book about the sixteen years old girl named Temple who has never known a different world than the one she lives in. She’s travelling through America, meeting different people with different ways to deal with the new age.
This book reminded me a little bit of The Girl with all the gifts. The world is very messed up, and our main character knows it. It isn’t focused on a love story or a governmental organization trying to control the situation, it’s about a girl and different people trying to survive, everyone with their own view.

What I really like about the book was the thing that we have pretty polarized opinions on the world. We have the majority, the humans who have no idea how to deal with problem, who only wish for the world they knew, they want that everything is getting back like it used to be. They’re complaining and grieving for their losses. And on the other hand there’s Temple. Temple never knew another world, so she’s just okay with it. I mean, she doesn’t think that’s like a dream that came true, but zombies or people dying all the time, is just something she has always known, so she doesn’t bother wishing for another world she doesn’t even know. She tries to deal with her life just the best she can and survive. It was great to see her interact with different people who have known our world and who can’t imagine that someone can be okay with the current circumstances. It added a new perspective of this whole apocalyptic thing and that really impressed me.

Sadly, although this book was indeed pretty interesting, it wasn’t as great as it could be. Or maybe, it isn’t a book for me. The characters were great, but I couldn’t quite connect with them. I thought Bell did a great job creating Temple, making her very unemotional and cold-hearted, but I just thought it was too much. I didn’t found a connection and sadly most of the time I didn’t quite care what was happening to her. Some of her actions were just strange and I couldn’t really understand why she acted the way she did in certain situations.

The story was good, but at some points I was a little bit slow. I just don’t saw the point in what way there’s a main conflict that demands to be solved. We basically just travel around and see very ugly parts of this world. I mean, the concept was great and the zombies were very scary and I think if you are afraid that there aren’t enough bloody scene, don’t be. This book is a real zombie book, with all the blood and flying organs. 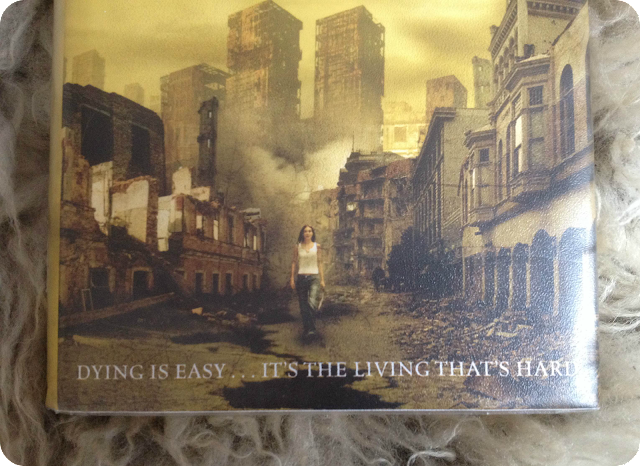 Overall…I just don’t quite know what to think of this. I mean, the world building was very well done and I liked the new perspective the author added to the story. The action was quite intense and it really made you think about moral and how you would act in a world that is on death row.  Sure, I couldn’t quite connect to the characters because they were just…to strange and different from me. Don’t get me wrong, I think Bell did a great job creating authentic characters, but I just didn’t care about them and sometimes the protagonist Temple acted super weird. But still, this book is different from all those cheesy romance dystopic novels where pretty girls are getting saved by hot guys with no brain cells. Temple isn’t pretty and she knows it, but as she puts it, you don’t have to be pretty to survive. This is a book about unsolved question, a mad man who is dying to kill a girl, who is okay with living in such a messed world. Yeah, it’s strange, but although it doesn’t get more than three stars today, I would recommend picking it. It’s something different and if you’re really into zombie novels you’ll probably love it. I personally don’t regret reading it, it wasn’t just my quite my thing.