Hey guys! Today I'm back at blogging in English, which I hope is okay for you :D So...well, I don't know about Germany, but here, in England, there is this movie everybody is currently talking about, basically everyone wants to see it and to talk about it, and even though I tried to stay out of the hype, eventually, I saw the movie too. And I absolutely loved it!* The film I'm talking about is the new DC comic movie Suicide Squad, a movie where a bunch of crazy super villains have to team up to save their sorry asses...ehm, I mean, to save the world from even crazier terrorists. It is not a very clever or deep story, but it is quite a lot of fun, and totally worth to see. I really liked how everyone was so messed up and evil and crazy and I think I am still analyzing their personalities....anyway, today I discovered the Suicide Squad Book Tag on @_myfictionalworld's Instagram page, and I wanted to try it out myself, even though I just did the Bookish Girl Squad a couple of weeks ago. But hey, who doesn't love to dream of fictional squads with a bunch of amazing book characters?

This tag basically provides ten categories, which are supposed to help you creating your own Suicide Squad. So let's get started! 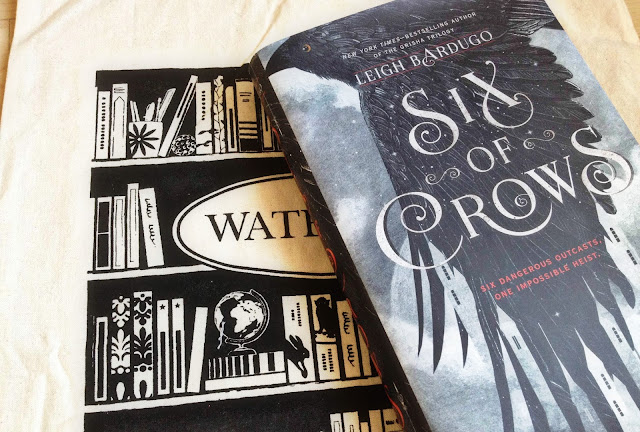 Although Inej is by far my favorite character from the Six of Crows duology, I have to admit that Harley Quinn immediately reminded my of Nina from our little squad we have here. Nina is stunning on the outside, a little bit crazy (even though not as mad as Harley, but still), and knows how to get her way. I really think that with Nina we would have a great, funny and definitely kick-assy character. And also someone to chat and gossip with.

2. Deadshot - A character that had good intentions but went down the wrong path 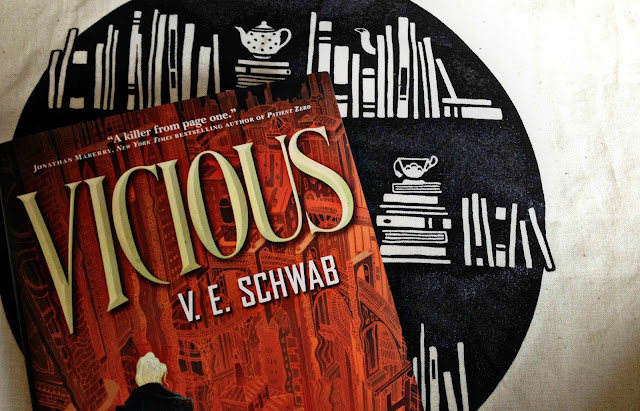 One of the reasons why I love Vicious so much is the fact that you never really know who the villain is and who the good guy. I love how Victoria Schwab manages to step back from black and white characters and decided to make up two characters who both have their own demons to fight and good and bad traits to deal with. However, I feel like Victor really could have been a good guy, because he definitely had good intention, but when things started to go wrong, I felt like he just went down to them, until he couldn't find the way back and had to stick to being no longer the good guy. This I think makes him and Deadshot quite alike.

3. Rick Flag - The leader of the squad 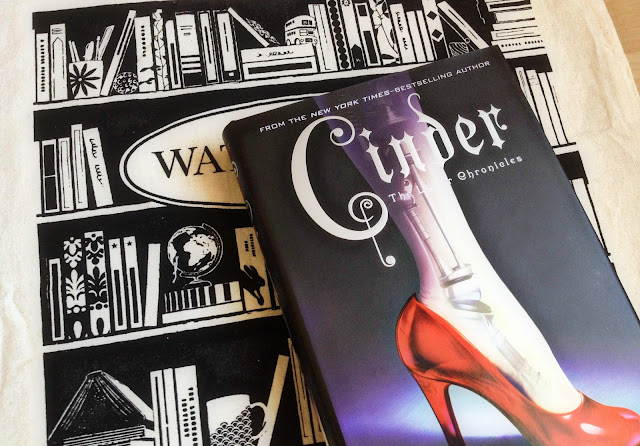 To be honest, I don't really know if there even is a character who is THAT good at leading that he or she could keep my squad in check, but I think if there is such a person, Cinder might be the one. I feel like she is such a good leader, who is very passionated, understanding, but still determined and strong-hearted. Maybe even a little stubborn and harsh, but all in all she managed so well to lead her own little squad that I think she will be a good leader of mine. Also, I feel like maybe being such a good character, which will make her stand out, is a good thing, because this way she will always be acknowledge as the leader, or at least I hope so. 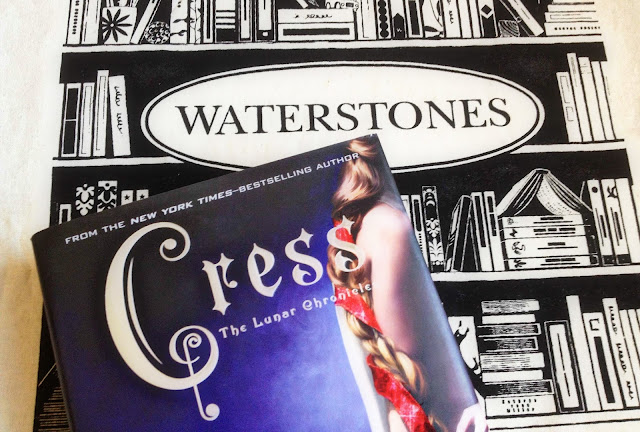 I just had to go with another character from the Lunar Chronicles universe, after all, they already are an amazing squad. And having Thorne on my squad as the jokester of the group is, at least in my view, something I would REALLY like! I mean...he is just hilarious, and even though the others might hate him for being so witty and arrogant, he will definitely fit in :D

5. Slipknot - A character with a unique talent 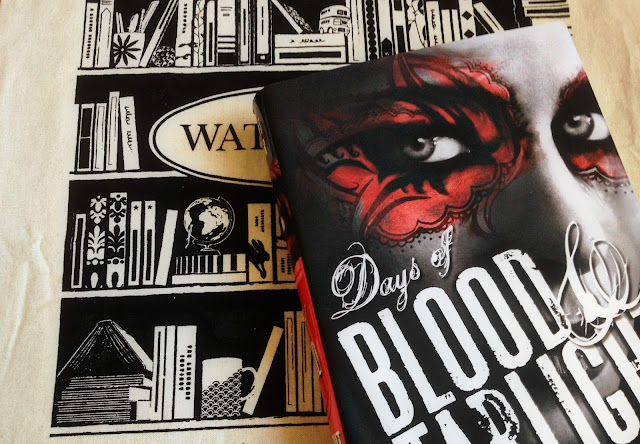 Well, you certainly can argue whether her abilities are really that unique, but for me, the whole universe Laini Taylor create was bursting with uniqueness, so was her female protagonist Karou. I mean, having special powers in a world where necklaces can grant wishes, wish bones exist, you collect teeth for special purposes and so on can be fairly difficult, but I felt there always something that made her stand out. During the series she developed so much, is able to improve, to learn new things and to just become more and more special to this bookseries, so I think she'll be our slipknot. 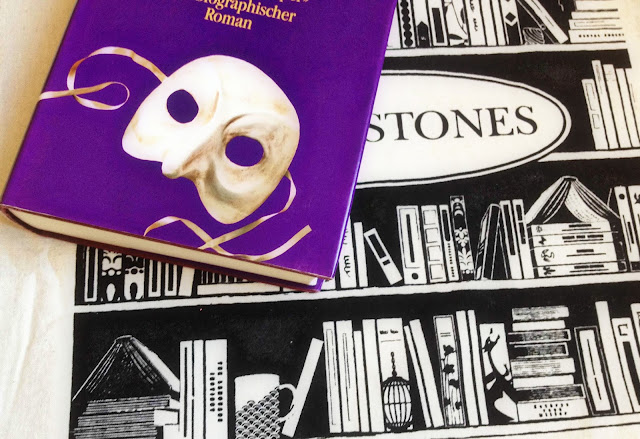 C'mon, you kind of expected that, didn't you? :D Anyway, I just realized that having Erik in this squad will probably be...difficult, let's put it in this way. I mean, I really do not know how Cinder will keep him in check, even though I would like to see her try, maybe Iko could help her and just talk to him til he surrenders. And wait...I also just doomed him to be together with Nina...oh my gosh this girl will probably destroy him, literally...but hey, now that I think about it, I actually would really like to see them together, to be honest. Yeah I think I ship that...anyway, Erik definitely is a wild card, mad as hell and obsessed with so many things that it is just impossible to control him. A truly unpredictable, crazy wild card. I like my choice. 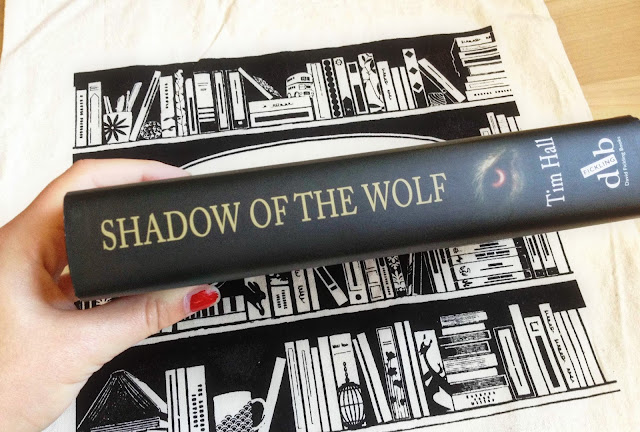 In this Robin Hood retelling we really do have a kick ass Robin Hood. When you have read this book, you probably know through what this boy went, it is like hell itself tortured this boy, but through all those bad things, I kept his stubbornness and his will to fight. And boy, he definitely can fight! I just think that maybe he will also struggle to find some humanity in his kick ass fighter body, which is exactly why he reminds me of Killer Croc. Because sometimes you can be an amazing fighter, but are endangered to lose yourself.

8. El Diablo - A character who feels guilt over his actions 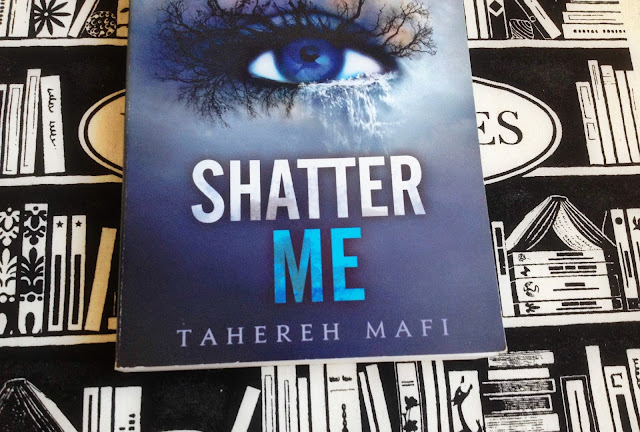 Well, this question was practically screaming: JULIETTE! And I think she and El Diablo are alike and many ways. Not only do they both posses such deadly powers, but they both already experienced the pain of hurting someone with them, and they both now suffering from extreme guilt. I found them both very interesting, especially the way they try to deal with their powers and with others around them. And even the way they deal with their guilt and have to learn how to cope with it is super interesting, even though I think having Juliette on my squad could be quite a lot of work, because she one of those characters you really need to push to do something, but hey, challenge accepted.

9. Katana - A volunteer for your squad. Someone you would want in your squad no matter what 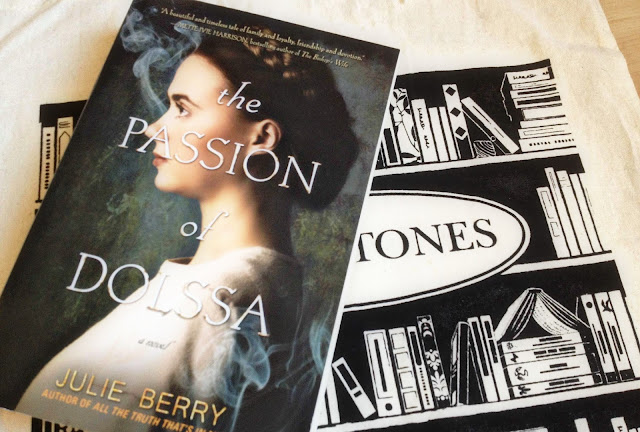 Okay, even though I didn't cheat so for, now I just have to: Sazia, Plazi and Botille are just inseperatable, which is why I want them all on my squad! Those three sisters are amazing, they are funny, loyal, a bit strange, have a good and strong heart and a bunch of amazing talents, that might not seem to impressing at first, but once you give them time to unfold, you might find that they come in handy. Also I think having someone in your team who is trustworthy cannot hurt either. 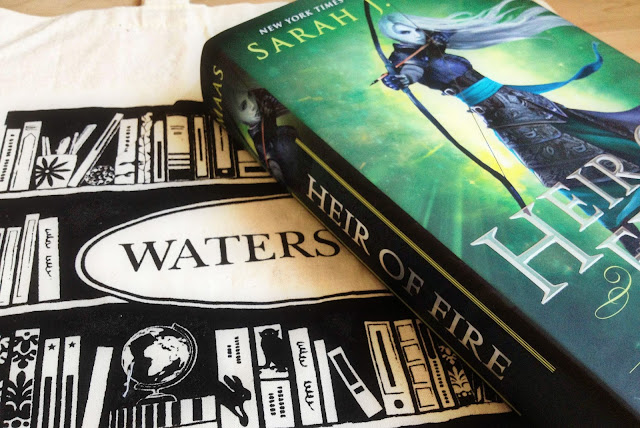 I was not really sure who to choose because I do like most villains and would want them in my squad instead of hunt them down. However, I feel like I could spare the evil king from the Throne of Glass series, as he is so annoying and I really do not like him, it feels like he is just evil because he can and... I don't I guess I just don't like him. Also, I feel like he would be a great challenge for my squad, so why not choose him? Maybe they can even get in a little fight with Celaena and make her join us xD

Sooo...that's it. I really hope you were not bothered to read this post in English and not too bored because of another squad tag. I really grew to like them, so if you know a good squad tag, let me know :D What I like most about them is the fact that it is mostly friendship that unites the characters, which is something I deeply appreciate. As we are talking about Suicide Squad, I would really like to know which characters JASI, JULE and SANDRA would invite into their squad. Added to that, I would really like to know what you all thought about the movie, as I think the opinions might be quite different :)

*BUT: I just wanted to make clear that even though I really enjoyed the movie, I found the amount of abuse disgusting and would definitly NOT like to see Harley and Joker together, for there are great, maybe a bit twisted as single characters but I do not like the nature of their relationship.
Eingestellt von Unknown um 11:37