Victor and Eli started out as college roommates—brilliant, arrogant, lonely boys who recognized the same sharpness and ambition in each other. In their senior year, a shared research interest in adrenaline, near-death experiences, and seemingly supernatural events reveals an intriguing possibility: that under the right conditions, someone could develop extraordinary abilities. But when their thesis moves from the academic to the experimental, things go horribly wrong. Ten years later, Victor breaks out of prison, determined to catch up to his old friend (now foe), aided by a young girl whose reserved nature obscures a stunning ability. Meanwhile, Eli is on a mission to eradicate every other super-powered person that he can find—aside from his sidekick, an enigmatic woman with an unbreakable will. Armed with terrible power on both sides, driven by the memory of betrayal and loss, the archnemeses have set a course for revenge—but who will be left alive at the end?

OMG! This so song was so good! Kind of creepy and dark but it was perfect for this read! Florence and the Machine has by far the best reading music :D

Actually I wanted to write a review for „Under the never sky“ but I kind of was more in the mood for reviewing this book. So I am going to give you a (hopefully) short review of “Vicious” by V. E. Schwab.

So for a lot of people V. E. Schwab is like the best female author of paranormal books. I heard nothing but good things about her books and I wanted to read one of her books for like forever. So when Anna decided to got me the book as an amazing surprise (still totally amazed Anna J) I could not wait to start that book. It’s basically about that two friends, Victor and Eli, who are studying at the Lockwood College. When Eli decided to choose EO as his subject, things turn weird. EO means “ExtraOrdinary” so when you are an EO student you basically get taught about paranormal things. That is why Eli got an insane theory: He believes when somebody has a near death experience this persons comes back to life with a gift. Those people are the EOs.

The book starts ten years after that happened. Victor became an EO, but now he is hunted by Eli and his men. So he became ally with a little girl named Sydney, who has a special gift on her own, to kill his former best friend.

This book was amazing! I finished it last night and my mind was blown away by it.
All those people who told me that V. E. Schwab was a genius were right. This book was so strange and gripping and special. At the beginning, I took my time to get into the story. Not because the story was slow or boring, actually it was very thrilling, but because I got the feeling like the world and the character were so complex that I should invest some time to get the whole thing.

I really enjoyed the writing style. The story was told from different perspectives, but mostly we followed Victor or Eli through their stories. I think the character development takes the biggest part in the book. But I was okay with that. The more I read the more I felt related and close to the characters. I liked the fact how slowly their stories and their thoughts unraveled. It was like you never could be sure who the bad guy was. To be honest there were not a character I could not understand so I liked them all pretty much. So if you like to follow different characters who get through a great character development you might like this book. 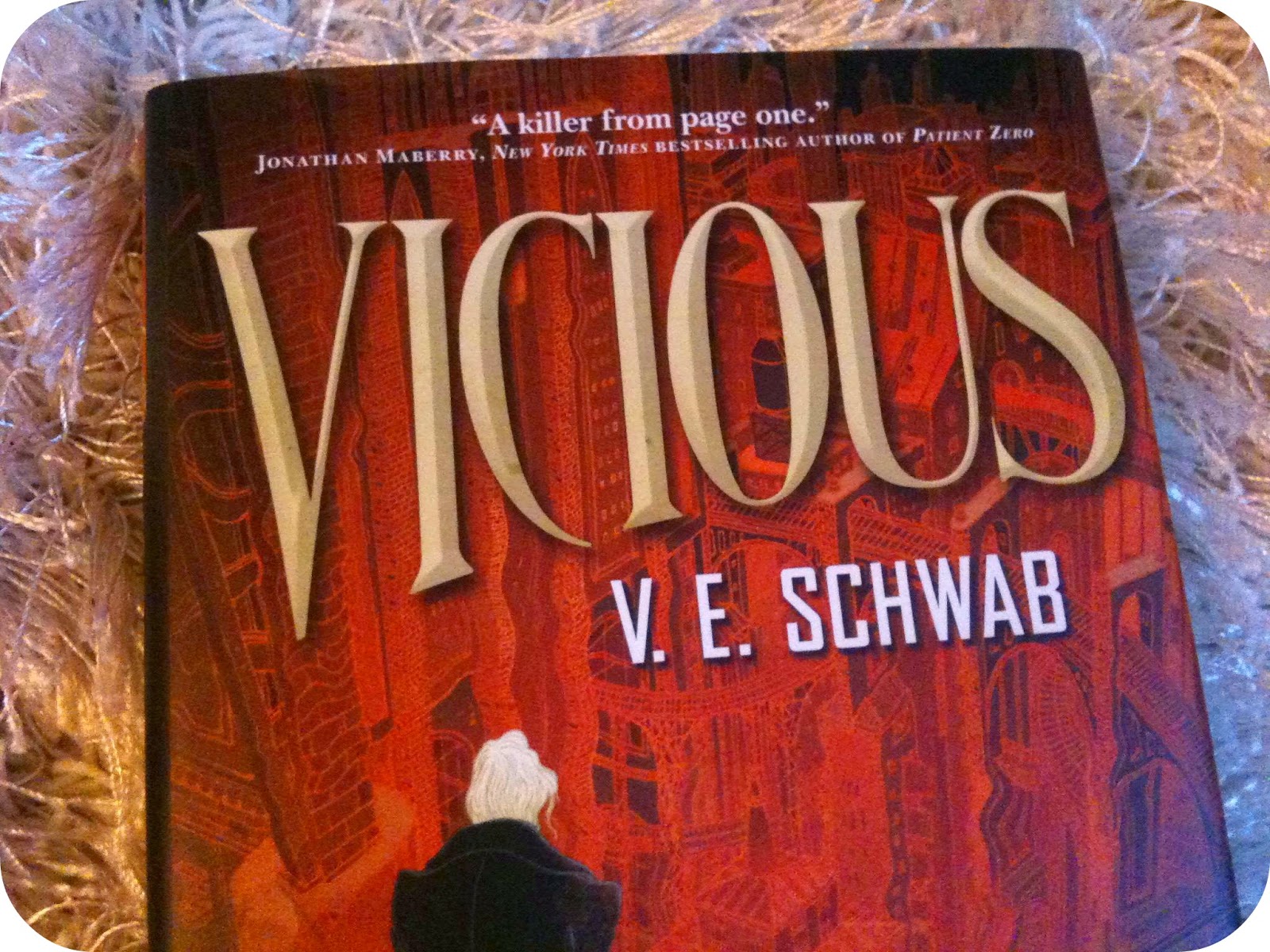 But also the world building is very good. The story was told from different perspectives but also from different times. You can follow the character development and the world building through ten years, which is amazing. You get to see how the world was when Victor and Eli started to unravel the secret of the EO’s and how the world went after Eli and Victor got enemies. A fact I found really interesting was that the police knew about the EO’s and their paranormal gifts. It was kind of ordinary in those world, only the civilians didn’t knew what was going on.

Oh Guys it was just amazing how the story went. Every single character got the attention they needed. I think it was really good made how everyone thought he or she was right about their point of view. They all had edges but they were authentic and relatable, so I loved them all. The powers were so interesting and although the topic of the book was actually very serious, V. E. Schwab did not mind to use humor in her book.

So, I feel like I managed it to cut a long story short so I hope this was not another so called “Short Review” with way to many words in the end ;) Additionally I do not think there is much more to say. This book was an amazing, thrilling journey with extraordinary characters. I’m looking forward to get into other Schwab books very soon.

So I give this book 5/5 Stars and I recommend it to everyone who wants to read a complex paranormal book.